The UCI today won their lawsuit against ex-cyclist Floyd Landis after the American said “I’ll say no” to contesting charges. This is a massive publicity coup for the incompetent federation, reminding us of Landis’ old claims and showing them to be as petty and vindictive as we know they are.

This case goes all the way back to Floyd’s interview with German television channel ARD in November 2010. In the interview he made comments about how he wouldn’t be surprised if the UCI manipulated results, engaged in cover-ups or took bribes. The bribe-taking results alterers then threatened poor Floyd with legal action the following February, with them opening legal proceedings last May.

Landis didn’t present himself before the Swiss court, not contesting the lawsuit and letting the UCI win by default. Puppet Pat and his corrupt pal Hein took the chance to say that “The judgement upholds and protects the integrity of the UCI and its Presidents.” Such integrity..

Floyd is now supposed to pay 10,000CHF each to Hein and Prat, along with their legal costs. He has also been ordered to take out advertisements (at his own expense) publishing the verdict in several major publications, including the Wall Street Journal, l’Equipe, and cyclingnews.com. In addition to this, he has been (rather humourously) forbidden from stating that the UCI, Pat, and Hein: “have concealed cases of doping, received money for doing so, have accepted money from Lance Armstrong to conceal a doping case, have protected certain racing cyclists, concealed cases of doping, have engaged in manipulation, particularly of tests and races, have hesitated and delayed publishing the results of a positive test on Alberto Contador, have accepted bribes, are corrupt, are terrorists, have no regard for the rules, load the dice, are fools, do not have a genuine desire to restore discipline to cycling, are full of shit, are clowns, their words are worthless, are liars, are no different to Colonel Muammar Gaddafi, or to make any similar other allegations of that kind.” Having had a good deal of that list more or less confirmed to us already, we await news of whether the UCI actually are terrorists or similar to Colonel Gaddafi.

All very well and good, but as Floyd’s lawyer, Leo Cunningham, states it is “unenforceable”. The judgement was passed in a Swiss civil court, and thus has no jurisdiction over an American citizen living in America. Last week Hein got drunk and admitted that the incompetent UCI couldn’t even find Floyd, so it looks unlikely that he wil be forced to comply with the orders of the Est Vaud District Court.

Of course, hero of cycling Paul Kimmage will be fighting his upcoming case with the UCI (should they continue with it), thanks to the Defense Fund, now standing at over $51,000.

The full judgement of the Landis case can be seen here, courtesy of RaceRadio. 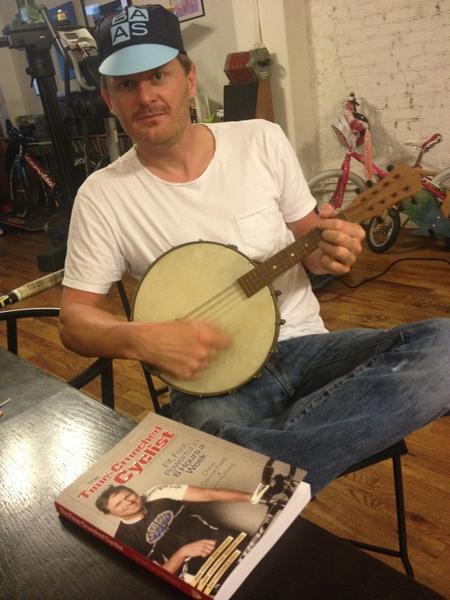