WorldTour teams Katusha and Orica-GreenEdge have become the latest teams to leave the Movement For Credible Cycling (MPCC) this week. It leaves the France-based organisation with just seven teams in the sport’s top tier, with seventeen remaining at ProContinental level.

The latest withdrawals continue the exodus of last year, when five teams left the group, with a variety of reasons cited.

Lampre-Merida (9 March 2015) – Quit after hiring Diego Ulissi, when MPCC rules stated they would have to wait another year to do so.

Bardiani-CSF (4 June 2015) – Left after a fallout over an unnamed rider who rode the Giro d’italia with low cortisol levels.

LottoNL-Jumbo (10 June 2015) – Fell out with the organisation after being forced to withdraw George Bennett from the Giro due to low cortisol levels.

Southeast (20 June 2015) – Chose to leave rather than suspend itself from racing after Ramon Carretero’s EPO positive.

Meanwhile, Katusha have found a delightfully contrived reason to leave, and thus avoid the mandatory self-suspension had they stayed aboard. With the team cleared to race by the UCI Disciplinary Commission in the wake of Luca Paolini and Eduard Vorganov’s positive tests, they claim that they will fall foul of a mandatory participation rule should they self-suspend from racing.

“A suspension of Team KATUSHA during a WorldTour race based on the MPCC Rules would violate the UCI Regulations of mandatory participation and the Disciplinary Commission would then be obliged to sanction the Team.”

However, we have already seen teams suspended from racing in similar situations, notably AG2R La Mondiale in 2013 – the French team missed the Critérium du Dauphiné and were not punished by the UCI.

Katusha meanwhile, have taken this nice opportunity to leave the group whose rules, considering the team’s past, are likely to cause them trouble at some point in the future, as well as preventing themselves from missing any important Spring races.

Onto GreenEdge, and their exit is an interesting one, being as they are the only team so far that isn’t departing under a cloud of controversy. Their reasoning is altogether different to any given previously, too.

As general manager Shayne Bannan noted via press release, several initiatives put in place by the MPCC “have now become an integrated part of the rules of the sport.” So if many of the MPCC’s rules have already been incorporated into the UCI’s rulebook, teams see no reason to stay part of what they see as a now largely useless organisation.

The no-needle policy has been adopted by the UCI, as has the idea of team suspensions, while the CIRC Report reccomended that the cortisone rules also carry over. Meanwhile, UCI President Brian Cookson has already talked about a possible tramadol ban.

Hark back a handful of years and remember that both teams joined the organisation in order to look good. Katusha joined up while fighting the UCI in CAS for the right to stay in the WorldTour, while GreenEdge came aboard at a time when key staff members such as Matt White and Neil Stephens faced suspicions about their pasts.

The MPCC has, in many cases only been useful to teams for a PR boost – as we have seen in the past many find themselves leaving when they are inconvenienced by rules.

Still, it is hard to deny that the organisation is facing increased irrelevancy – yes, teams are jumping ship but the rules they had put in place have been adopted by the UCI. Only there are certainly more fronts to fight on in the war against doping, and no doubt more issues to highlight.

The MPCC’s strong relationship with the ASO is another wrinkle to this situation – Tour de France organiser has said in the past that members would be prioritised for Tour invites. Should the ASO vs UCI standoff remain in place, then the lineup of teams in future ASO races could get more interesting.

In spite of this, the prospect of teams flip-flopping in and out to please Prudhomme doesn’t seem too probable. And would he really refuse invitations to non-members such as Sky and Etixx-QuickStep? It’s unlikely.

Putting these hypotheticals aside, and despite its seemingly increasing redundancy, the MPCC remains an organisation that can make real differences in cycling. We have already seen that it can bring important issues to the fore, and should continue to do so, at least while it still has the power (via the members it holds on to) to have a voice. 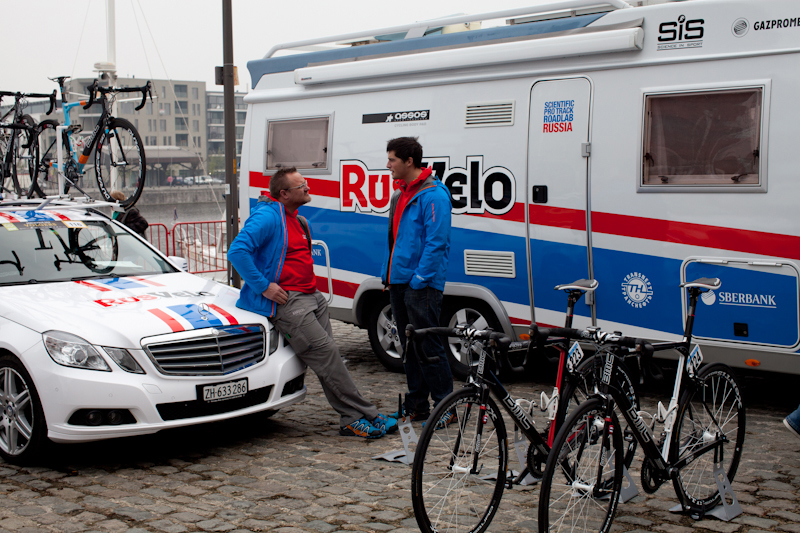 Before I get back to normal posting, here’s some more news about the last post, about RusVelo. END_OF_DOCUMENT_TOKEN_TO_BE_REPLACED

This is an incident that has flown under the radar somewhat – towards the end of July, two riders from the Russian ProContinental team Rusvelo flew over to the United States to participate in the Prairie State Cycling Series (part of the National Criterium Calendar). A few days ago, a photo of what they left in the bins of their host family was posted to the internet.  END_OF_DOCUMENT_TOKEN_TO_BE_REPLACED